Yesterday was the 43rd anniversary of my conversion to Judaism. If you go by the Jewish calendar, it would be in 4 days from now on 15 Adar.

I was five at the time – there I go, aging myself! – and I was terrified of going in the water of the mikveh for my tevilah and of being in an unfamiliar situation. I had severe anxiety, ocd and really was just a very difficult child.

I underwent the conversion because my mother had married a Jewish man (who adopted me) and so both of us ‘took the plunge’ so to speak.

Other than Passover, Chanukah, and perhaps Rosh Hashanah
with my dad’s parents there was very little to distinguish us as a Jewish household. We were not observant. But I was still aware that I was Jewish, enough so that I must have told other children from time to time because I remember getting bugged about it somewhat.

I often wonder if that conversion triggered something in me. My maternal grandparents were not at all religious, and I lived with them until school aged. My mother was not religious, nor my Jewish father. But I grew up always wanting to connect to something. I had an idea of God.

When I got pregnant at 16 by my Roman Catholic boyfriend, I got baptized. His family insisted on it, and I had been going to his church. I didn’t think of it as walking away from Judaism because we had never continued practicing it as a family. I honestly didn’t realize “Once a Jew, always a Jew”. I thought that if you don’t live it daily, you aren’t one. It didn’t help that by that point, I had my soon to be new brother in laws bugging me about being Jewish. There was antisemetism all around and I didn’t realize how wrong it was because if that’s all you see, you almost think it’s normal. This was the 80’s, there was no internet to turn to, and I didn’t have a sense of Jewish pride, since we were not practicing. I can’t correctly put into words what I am feeling about it…

Something along the lines of “I didn’t know how important Judaism was to me, because I did not yet realize what it was”.

Catholicism didn’t last long. It lasted about as long as I was able to last living with my abusive husband as a teenager. But my relationship with God had been nurtured – and I knew it was the same God as the God of my childhood. I enjoyed the religious reverence, honouring the church cycles of the year, the incense, the candles. Little wonder that I ended up migrating to Paganism and Wicca.

I never was able to fully connect with a God and Goddess though. To me they were constructed images made by us to direct energy toward, when really the energy was being directed from ourselves to ourselves. Giving myself a physical representation of deity was a useful tool for building relationship – a focus for energy that I was building and creating within. But that only got me so far, I knew ultimately for me God was One, even if it expressed itself best in various forms. As earth, God was mother, birthing us, providing for us, taking us back when we died. And as spirit, God was Father, filling all living things with presence, within us and beyond us.

For many years, an eclectic Paganism type spirituality took root. Our little group called it Divinaturism. A path honouring the Divine in the Natural world. A Path that wasn’t really at odds with any religion and was a blend of universalism and modern nature spirituality, inspired also with our interest in Kabbalah, and by my own spiritual experiences I had had.

Since then, I have attended an Anglican church, and in fact became parish administrator of the church (still am) . Ive made great Anglican friends, Ive also been involved with the Johannite Church – a Gnostic/Esoteric church, I’ve been ordained in The Universalist Fellowship of the Sacred Path, and been a solitary practitioner of Ugarit/Canaanite paganism (connecting with El and Asherah) and am finishing up my bardic grade in the OBOD. And all of these things help me to know myself, and encourage me to seek. But as amazingly rich and interesting it has been to sample and try on all of these things – I’ve still not felt ‘Home’. I still enjoy working with my little Divinaturist group, but it isn’t a religion, it is just a spiritual expression.

It was only a few weeks ago, and via a conversation with a friend of mine that it clicked I think. She told me she was thinking of converting to Judaism. And she said “You’re Jewish, aren’t you?” . I thought about it a moment.

Hadn’t I lost all rights to that when I became Catholic? I barely even know anything about Judaism – how could I rightfully call myself a Jew? And then I realized… that I really WANTED to be able to call myself Jewish. I know there is a very wide variety of Jewish folks. Some very liberal, some not. Some who pay little or no attention to the Shekinah, some who pay a lot of attention to her. Some who are reconnecting to the nature aspects of Judaism via Renewal, and through books like The Jewish Book of Days by Jill Hammer. There are SO many ways of having a relationship with God. More importantly in Judaism seems to be doing the right thing. The mitzvot, Shabbat, the holidays.

Here is this rich tradition with SO many layers and stories and experiences, and rituals and it has been there for me all along, yet I wasn’t aware of it. I looked everywhere else except at the community I had been welcomed into when I became עדינה בת משה (Adina daughter of Moshe) on the 15th day of Adar in 1978.

So now, I have been reading. Lots of reading. Daily Torah, starting at the beginning of Genesis/Bereshit , and along with that reading currently Living a Jewish Life by Anita Diamant, recommended on a reading list given to me by Rabbi Brown of the Reform Temple out in Vancouver. Rabbi Brown and I did a Zoom call, and it was great to have her say to me that I was indeed Jewish still . She suggested some beginner classes and basically suggested approaching it from the angle of someone converting because she felt it would give me the confidence to participate in the community in a way that would feel authentic to me (as I expressed that this was very important to me – to feel like an actual, member who actually knows something ) I also have Living Judaism by Rabbi Dosick, and of course I wouldn’t be me if I didn’t also get The Encyclopedia of Jewish Myth, Magic and Mysticism by Geoffrey W Dennis.

Currently all services are only online, which is good because the closest temple to me is about 115km away. So I watch the services whenever they air. But this time, unlike the other times where I thought maybe I would tip my toes into Judaism again, but got scared and changed my mind, I know it’s where I want to be. I know I will find ways to connect with community and get to services. And in the meantime I will just be my Jewish self on my own. Celebrating Shabbat, and learning all I can, while taking the steps to practice living the Jewish life I never realized I had wanted.

Me, the lone religious weirdo in my family 🙂

3 thoughts on “Returning to Judaism (for the first time)” 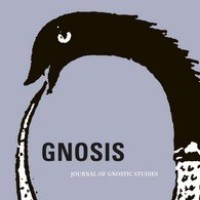 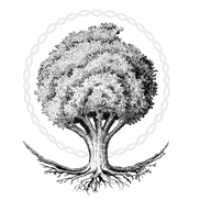